The new home for boundary-pushing books.

In the Dream House

I Become a Delight to My Enemies

This Red Line Goes Straight to Your Heart

From the award-winning author of Grief Is the Thing with Feathers comes a dark, playful, propulsive novel about an ethereal young boy who attracts the attention of a mythical, menacing force.

There's a village an hour from London. It's no different from many others today: one pub, one church, red-brick cottages, some public housing, and a few larger houses dotted about. Voices rise up, as they might anywhere, speaking of loving and needing and working and dying and walking the dogs. This village belongs to the people who live in it, to the land and to the land's past.

It also belongs to Dead Papa Toothwort, a fabled figure local schoolchildren used to draw green and leafy, choked by tendrils growing out of his mouth, who awakens after a glorious nap. He is listening to this twenty-first-century village, to its symphony of talk: drunken confessions, gossip traded on the street corner, fretful conversations in living rooms. He is listening, intently, for a mischievous, enchanting boy whose parents have recently made the village their home. Lanny.

With Lanny, Max Porter extends the potent and magical space he created in Grief Is the Thing with Feathers. This brilliant novel will enrapture readers with its anarchic energy, with its bewitching tapestry of fabulism and domestic drama. Lanny is a ringing defense of creativity, spirit, and the generative forces that often seem under assault in the contemporary world, and it solidifies Porter's reputation as one of the most daring and sensitive writers of his generation.

In his bold second novel, Porter combines pastoral, satire, and fable in the entrancing tale of a boy who vanishes from an idyllic British village... This is a dark and thrilling excavation into a community’s legend-packed soil.

Reading Lanny is like going to the back of the garden to find the exact spot where magic and menace meet. It's delightful and dark stark and stylish and as strange as it is scary—I loved it.

In Lanny Max Porter has expanded on his innovative hybrid mode while remaining faithful to our species-wide tradition of storytelling through myth, magic, and parable, but also through the harrowing minutiae of being alive in the trying hours of a small town ruptured by loss. The result is a powerful yet tender reclamation of the imagination, love, and artmaking—all of it a brilliant defense of the outsider’s tenuous foothold in society.

I Become a Delight to My Enemies

Dark, cutting, and coursed through with bright flashes of humour, crystalline imagery, and razor-sharp detail, I Become a Delight to My Enemies is a gut-wrenchingly powerful, breathtakingly beautiful meditation on the violence and shame inflicted on the female body and psyche.

An experimental fiction, I Become a Delight to My Enemies uses many different voices and forms to tell the stories of the women who live in an uncanny Town, uncovering their experiences of shame, fear, cruelty, and transcendence. Sara Peters combines poetry and short prose vignettes to create a singular, unflinching portrait of a Town in which the lives of girls and women are shaped by the brutality meted upon them and by their acts of defiance and yearning towards places of safety and belonging. Through lucid detail, sparkling imagery and illumination, Peters' individual characters and the collective of The Town leap vividly, fully formed off the page. A hybrid in form, I Become a Delight to My Enemies is an awe-inspiring example of the exquisite force of words to shock and to move, from a writer of exceptional talent and potential. 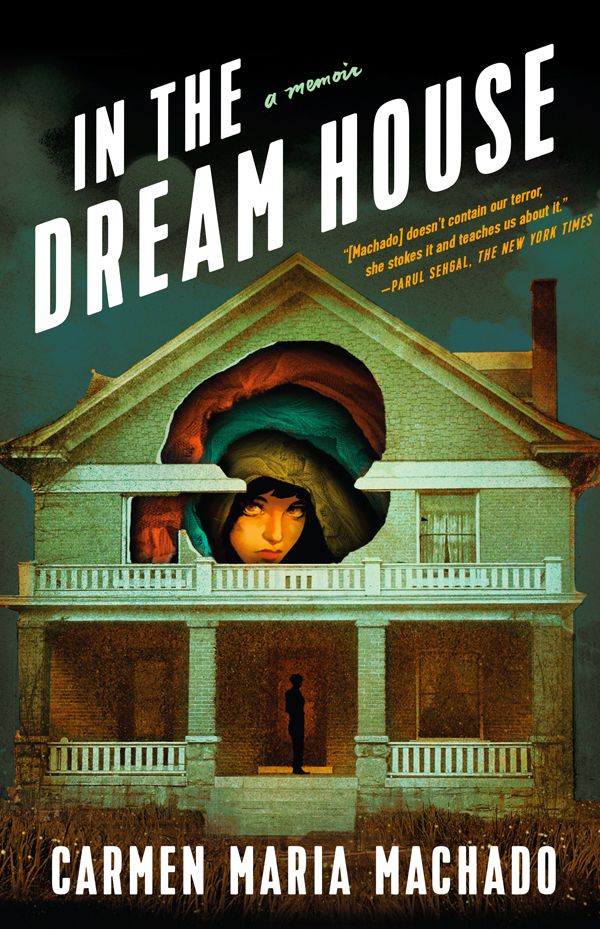 In The Dream House

A revolutionary memoir about domestic abuse by the award-winning author of Her Body and Other Parties.

In the Dream House is Carmen Maria Machado's engrossing and wildly innovative account of a relationship gone bad, and a bold dissection of the mechanisms and cultural representations of psychological abuse. Tracing the full arc of a harrowing relationship with a charismatic but volatile woman, Machado struggles to make sense of how what happened to her shaped the person she was becoming.

And it's that struggle that gives the book its original structure: each chapter is driven by its own narrative trope—haunted houses, erotica, bildungsroman—in which Machado holds the events up to the light and examines them from different angles. She looks back at her religious adolescence, unpacks the stereotype of lesbian relationships as safe and utopian, and widens the view with essayistic explorations about the history and reality of abuse in queer relationships.

Machado's dire narrative is leavened with her characteristic wit, playfulness, and openness to inquiry. She casts a critical eye over legal proceedings, Star Trek and Disney villains, fairy tales, as well as iconic works of film and fiction. The result is a wrenching, riveting book that explodes our ideas about what a memoir can do and be. 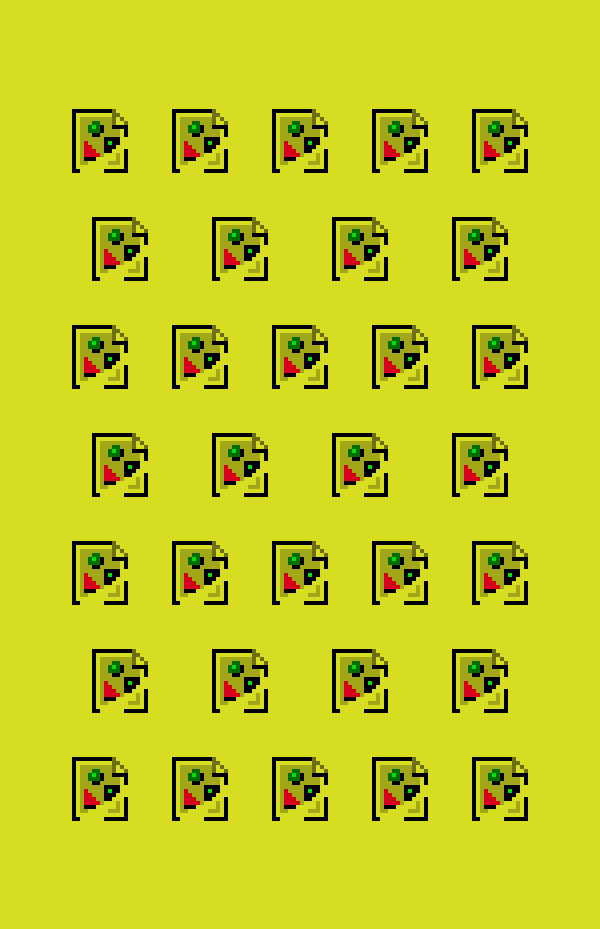 A blazing pursuit of a trauma-free future for the fat body.

"An enduring cultural fiction is that life begins when a fat person loses weight. Once the pounds are shed, we are told, does the story truly begin. You write this today with the clarity of heaven: your life began when you became fat."

In 2015, Anshuman Iddamsetty decided he wanted to, in his words, occupy as much space as possible, announcing this desire in a much-lauded essay, "Swole Without a Goal." At the time, his journey involved serious weightlifting, but what, he thought, if fitness hadn't been part of it? Would readers have been quite so moved if his story hadn't contained the familiar whiff of so-called self-improvement?

Soon after, Anshuman's life changed in ways dramatic and mundane: his father, a tall, fit man, died suddenly; Anshuman's own fattening, meanwhile, continued apace, to the disgust of his surviving family members. Amidst great personal change, a family history steeped in the inherited meekness of India's caste system and the desire for the quiet life of the "model minority," and within a contemporary culture where even ostensible progressives mock and ridicule the appearance of political foes like Donald Trump and Rob Ford, Anshuman proposes a new way: fatness as a path forward from grief. Fatness as a rejection of the cult of "wellness" that, in a world of great economic and occupational precariousness, has become the greatest flex of privilege of all. Fatness as a challenge to the very idea that the body is something we should—or even can—control and bring to heel in the first place.

In riveting, sexy, funny, and devastating prose, Anshuman's debut book of non-fiction blends memoir, cultural criticism and journalism, taking him from being the fattest person on a business trip to Fiji to posing nude for a variety of photographers to exploring the world of furries. What he ends up with is a truly radical document: a book that makes the case for the fat body as a point of pride, a point of power, a tool to reclaim territory, and a way to stake a claim on a future that, until now, has only ever been promised to a privileged few. 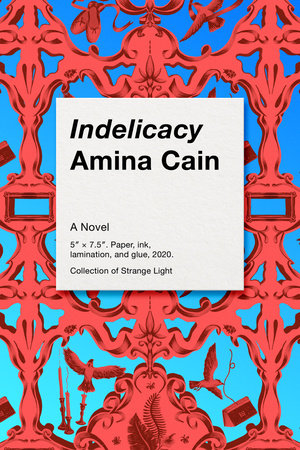 An intimate, elegant, and deceptively sinister story of what a woman will do to take control of her life.

A woman aspiring to a contemplative life faces innumerable obstacles—cultural, financial, sexual, and metaphysical—that stand between her and the freedom to live as she desires.

In "a strangely ageless world somewhere between Emily Dickinson and David Lynch" (Blake Butler), a cleaning woman at a museum of art nurtures aspirations to do more than simply dust the paintings that surround her. She dreams of having the liberty to explore them in writing, and so must find a way to win herself the security and time to use her mind. She escapes her lot by marrying a rich man sympathetic to her "hobby," but having gained a husband, a house, high society, and a maid, she finds that her new life of privilege is no less constrained. Not only has she taken up different forms of time-consuming labor—social and erotic—but she is now, however passively, forcing other women to clean up after her. Perhaps another and more drastic solution is necessary?

Reminiscent of a lost Victorian classic in miniature, yet taking equal inspiration from such modern authors as Jean Rhys, Octavia Butler, Clarice Lispector, and Jean Genet, Indelicacy is at once a ghost story without a ghost, a fable without a moral, and a down-to-earth investigation of the barriers faced by women in both life and literature. It is a novel about seeing, class, desire, anxiety, pleasure, friendship, and the battle to find one's true calling. 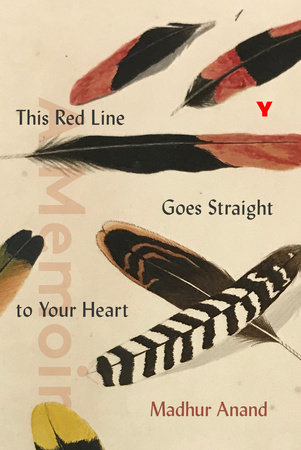 This Red Line Goes Straight To Your Heart

An experimental memoir about Partition, immigration, and generational storytelling that weaves together the poetry of memory with the science of embodied trauma using the imagined voices of the past and the vital authority of the present.

We begin before the red line is drawn across Punjab, with a man off balance: one in one thousand, the only child in town whose polio leads to partial paralysis. We meet his future wife, on the wrong side of the red line that has now been drawn, chanting Hey Rams for Gandhiji and choosing education over marriage. On one side of the line that divides this book, we follow them as their homeland splits in two and they are drawn together, moving to Canada and raising their children in mining towns, on Indigenous reservations, in crowded city apartments. And when we turn the book over, we find the daughter's tale—we see how the rupture of Partition, the asymmetry of a father's leg, the virus of a mother's rage, makes its way to the next generation. Told through the lenses of biology, physics, history and poetry, this is a memoir that defies form and convention to immerse the reader in the feeling of what remains when we've heard as much of the truth as our families will allow, and we're left to search for ourselves among the pieces they've carried with them.

Do you like newsletters? Sign up to hear about books, news, and other updates from Strange Light and Penguin Random House Canada.

Yes, I would like to receive newsletters from Penguin Random House Canada with promotions and the latest on books and authors. You may unsubscribe at any time. Please visit our Privacy Policy or contact us at 320 Front Street West, Suite 1400, Toronto, ON M5V3B6 or 1-888-523-9292.